Mrs. Benton is a 1982 graduate of NCSU with a degree in Political Science/Criminal Justice and a 1985 graduate of Campbell University School of Law. She has practiced in Wayne County, NC since 1985. From 1985 to 1995 she practiced Criminal and Family Law. In 1995 she became certified as a Specialist in Family Law by the NC State Bar and has remained so certified since that time. Since 1995 she has focused her practice on Family Law. She is also certified as a Family and Financial Mediator.

Mrs. Benton is the President-Elect of the North Carolina Bar Association (NCBA). The NCBA is the largest voluntary Bar Association in North Carolina with more than 18,000 members. Mrs. Benton will become President on June 20, 2015 at the Annual Meeting of the NCBA at the Omni Grove Park Inn in Asheville, North Carolina. Prior to being named President Elect of the NCBA, Mrs. Benton served the Association in a number of leadership roles: Chair of the Family Law Section from 2009 to 2010; Board of Governors member from 2010 to 2013; Member of the 4All Committee from 2011 to the present; Member of the Legislative Advisory Committee from 2010 to present. Mrs. Benton is a frequent speaker at continuing legal education seminars for fellow attorneys in the family law field. In the past, she has served as the State Bar Counselor for the 8th Judicial District and served on the State Bar Ethics Committee from 2012 to 2014.

Mrs. Benton has been rated for the past nineteen (19) years with an AV Preeminent rating by Martindale-Hubbell (1996-2015). She has been listed in North Carolina Super Lawyers from 2010 - 2015 and in 2014 she was listed as one of the Top 50 Woman Lawyers in NC by North Carolina Super Lawyers. Business North Carolina Magazine named her among the Legal Elite in North Carolina in Family Law from 2011 to 2015. Best Lawyers in America have included her for the years 2009 - 2015 for the specialty of family law. In 2012, she was recognized by the NC Bar Association for her service to her community and the legal profession with a Citizen Lawyer Award. NC Lawyers Weekly honored her with a 2012 Women of Justice Award. In 2013, Best Lawyers have named her the Best Lawyer for the Raleigh Region in Family Law. Benton Family Law is privileged to have such an accomplished attorney to lead the firm. In 2013, Mrs. Benton was named a Fellow in the American Academy of Matrimonial Lawyers.

In addition to being active at the state and local levels in the family law fields, Mrs. Benton has been active in her local community. She has served on a number of boards and advisory committees concerning public education over the past 30 years. She currently serves on the Advisory Board for the Salvation Army. She is an active member and Deacon at First Presbyterian Church in Goldsboro. She continues to work with her local Communities in Schools Program. 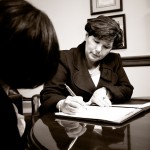 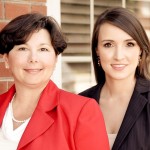 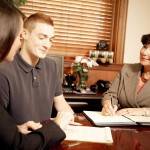 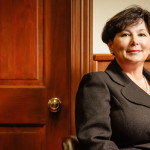 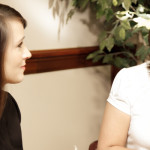 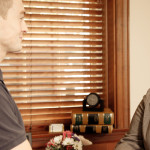 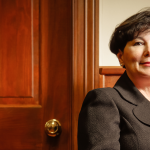 You are here: Home / About Us / Shelby Duffy Benton